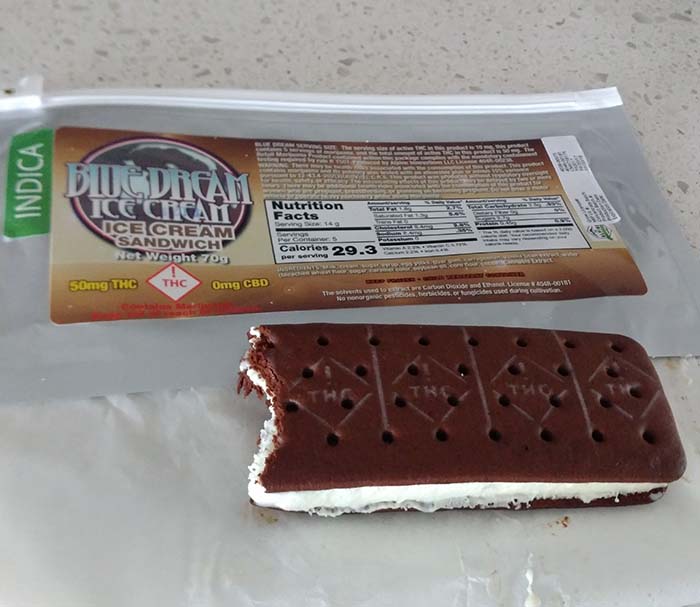 Since the dawn of the cannibis liberation in the United States, I have been watching an waiting for an opportunity to purchase some cannibis infused ice cream. Like a kid waiting for Christmas in May, I was eagerly awaiting something that I knew was coming, but little did I know, the wait would be even longer than it felt.

Now some of you may be thinking, Marijauana and cannibis infused products have been around for decades, and even since it’s been legal for recreational purposes in states like Washington since 2012. How come it took so long to try it?

The answer lies in good old fashioned beauracracy (both state and private). Each state has its own laws on the production and distribrution of cannibis infused products, often to the detriment of end consumers like me. While the laws are ever changing as the idea of recreational cannibis becomes more main stream, at the time when I was looking for infused ice cream, several states had hurdles they’ve yet to overcome.

So with that, the West coast was out, and I’d have to wait until I ventured a little further east in order to try it. Insert Denver, Colorado.

With as many dispensaries as coffee shops in Los Angeles, you would think it would be pretty easy to find a shop that sold infused ice cream. But once again I was let down. Many of the shops did not have a freezer, and therefore wouldn’t be able to store the infused ice cream. Fortunately, the people in the stores were all really pretty nice and recommended me to other shops that could potentially have the cannibis ice cream in stock.

I probably went to a dozen dispensaries before I found it, and purchased half a dozen different edibles. Not because I’m a crazy cannibis consumer, but because I felt so bad for the shops who were spending significant amounts of time to help me find a lead on this ever elusive infused product. And then I happened upon them. Nature’s Best.

I was finally able to purchase an infused ice cream sandwich from Blue Dream Ice Cream, and lucky for me, this was the very last one in stock.

So this part will actually be a bit shorter than the intro, because honestly, finding the ice cream was more of a story than the actual taste.

When looking at it, the whole thing pretty much looks like a standard klondike ice cream sandwich. The taste is simultaneously better and worse than you would expect. If you are an experienced partaker of edible infused products, it’s probably better than you’d expect taste wise. If you’ve never had cannibis in your life and you are trying it for the first time now, it will probably taste a little muddy- like a four-year-old infused dirt in here, but somehow managed to take that gritty/grainy feeling away.

Basically what I’m trying to say is, the flavor is just a slightly earthier ice cream sandwich. It’s not terrible tasting because the ice cream covers up a lot of the cannabis flavor, but if you were to give this to an unwitting mark for some delicious prank, they would definitely know something was up the second they tasted it.

This is the part where I answer what is perhaps the most important part. Did I get high?

And the answer might be a little more disappointing than what people had hoped for. I did get a little bit high, but I was nowhere close to tripping balls. If you view the photographic exhibit above, you will notice that I consumed 1/5th of the sandwich, which equates to 10mg worth of THC in my system. This is the recommended dosage, and I’m neither foolish nor brave enough to start messing around with edibles outside of their recommended dosages… yet. Since this was my first time eating the product, I wanted to make sure I had a good time, instead of trapped inside a mental prison where my body has melted and glued to a couch in a way that is equally terrifying and exhilerating.

But going back to my personal experience, it was more like my whole body just had a small buzz surrounding it that allowed me to feel things differently. Things like air currents, apparel materials, and furniture textures were all more noticable to me, and became vivid in my minds eye. I was still able to hold conversations and follow trains of thought, and I never had lapses in memory. But the whole time there was a small sensation that I knew was there, and it kind of just made things more fuzzy and enjoyable.

Disclaimer: Cannibis infused products affect many people differently. The 10 mg that works for one person might be too subtle for another, and incredibly potent for a third. For inexperienced users, it  is recommended to start with 5 mg THC serving, and then wait 2 hours before consuming more to feel an effect. Things like eating prior, tolerance of cannibis, and proceeding activity levels can all impact how much is necessary to feel any side effects. Basically, it will possibly take a few tries to maybe even the full bar before you can find the sweet spot of best buzzing, but seeing as how one infused ice cream sandwich is around the cost of two beers in a bar and has roughly the intoxication effects of ten, it could still certainly be worth it in terms of price paid.

If you want to find out where you can try Blue Dream Ice Cream for yourself, you can check out their location distribution here (you have to be over 21 to enter the site…. hahaha).

Tell me about your best infused ice creams!

As I noted above, I said it was rather difficult to find this ice cream, so I do appreciate any other leads you might have in this realm. Send me a message on my contact page, or leave a comment below.