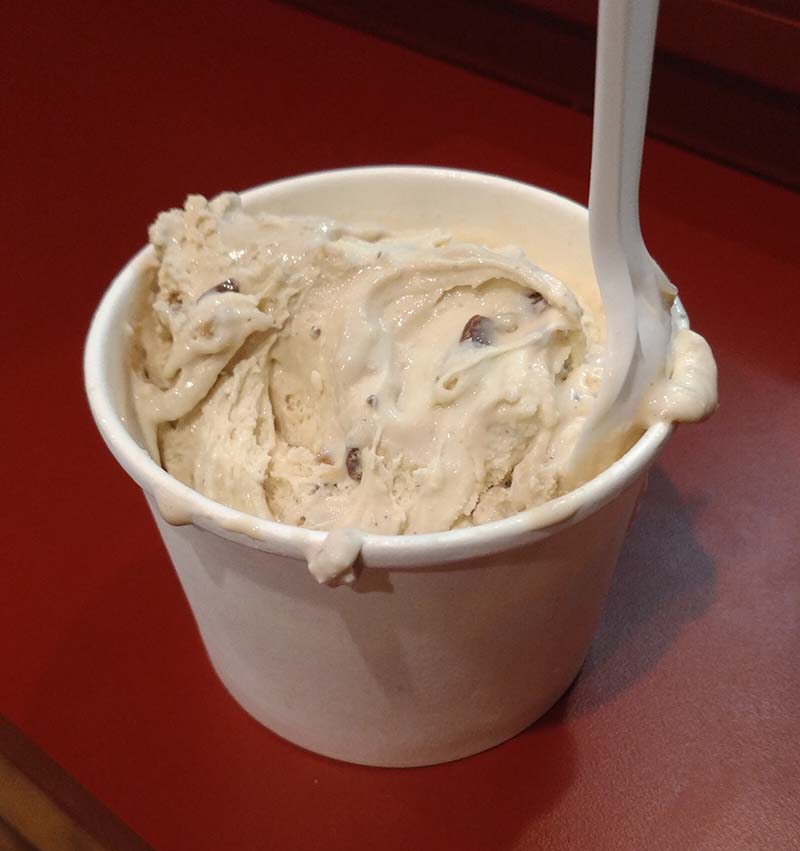 You know how fresh ice cream tastes… better? Like something about freshly made ice cream is simply on a higher level. And that isn’t to say ice cream that has been shipped doesn’t still taste delicious. But when you know

Well Hornstra takes that fresh concept to what is probably the pinnacle and limit of freshness. Because at Hornstra, they collect the cream from the cows two barns down, and churn it into ice cream less than 100 ft from where it’s spooned down your gullet.

Since this is a New England ice cream shop, first things first- the texture and consistency. Thick, spoon-bending amazingness, with a heaviness that makes Cold Stone Creamery look like a cute ice cream experiment from a health conscious housewife.

Secondly, the ice cream consists of maple (obviously), walnuts (duh), and a light caramel drizzle (Oh?). But let’s first focus on the maple.

The maple here is the real deal. It’s the north east real stuff that takes products like Aunt Jemima and expose them as the hideous banshees they really are. It’s just so sweet, but steers clear of becoming lock-jaw sweet. There’s that almost foresty feel to it that is probably the maple mixing with the nutty savory aspect of the walnuts.

Oh yeah, let’s talk about walnuts. Did I note how they’re steeped in the maple syrup for a month!? A full freaking month! That way, the maple can steep and permeate the very essence of the walnut, even in its core. The whole thing has some essence of maple in it, and there isn’t a single part of this dessert that isn’t sweet. Keep in mind we haven’t even gotten to the caramel drizzle.

When you throw in the caramel, honestly the whole thing feels like a mythical fancy flap jack. The nut flavor has to replace the starch, but aside from that, it tastes like something I would eat at a Michelin star brunch. There’s sweet on sweet on sweet, but like I noted before it was never lock-jaw sweet. So like some five-star pastry chef bringing you to the brink of sweetness ecstasy, the ice cream here goes right up to the edge of sugar, and then backs off.

The whole thing brings a rush of sugar like any other, and sugar crash just like a stack of overloaded syrupy pancakes.

In a word, magical. Rich and heavy cream in light than you’d think maple base. The walnuts are wonderful, and the whole thing transports me into this New England Forest Farm. I was given sensations of sweetness in a way I’ll never forget. And if there is a flaw to be found it’s that because it’s so dense and sweet, the food coma crash that comes after eating something like this is real.

Want to eat this and make a maple O-face?

Tell Me Your Favorite Massachusetts Farms

I know that Massachussets has a surprisingly large amount of farms in the rural areas, and because they’re a little more secluded, they’re harder to find. But if you have a creamery or ice cream shop in Rural Massachussets that you know is downright delicious, let me know on my contact page. I’ll try to find them, and taste the local freshness in all its glory.