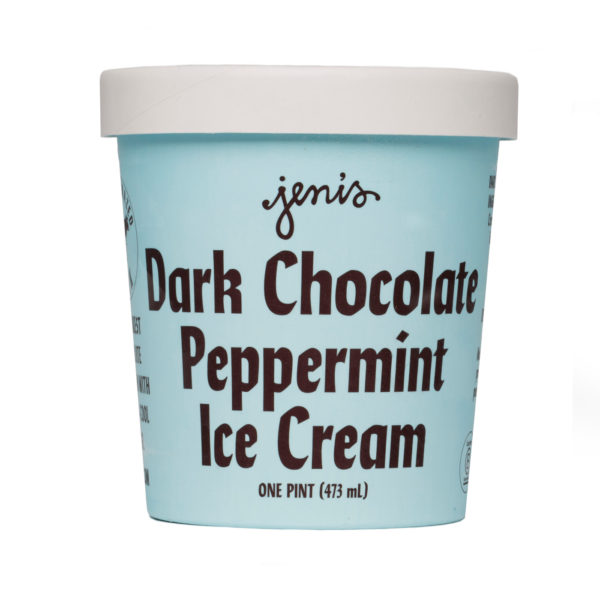 Ah yes, another classic pint from Jeni’s Splendid Ice Cream that tastes absolutely delicious, and can be found at many supermarket chains around the country. I personally found it deep in the isle of refridgeration after the forest of produce. It was quite the arduous journey, and what awaited me was the oasis of my heart- the wall of ice creams.

As my heart found comfort amongst all the ice creams I would one day try, I saw a light blue twinge. It beckoned me to come closer and I obliged. It was the Dark Chocolate Peppermint from Jeni’s Splendid Ice Creams. I knew this was the flavor I was destined to try (that day).

Andes, as in, the mint of this ice cream is so pure and crisp you feel like you’re transported to the andes mountains?

Nope. Andes, as in the chocolates. This ice cream tastes exactly like those. But in ice cream form.

So… is that a good thing or a bad thing?

It’s… a thing. I can eat those hotel pillow chocolates for hours on end without growing weary of them. So there’s that. But then there’s also the fact that this is a decently rich dark chocolate. It’s bitterness can be considered a turn off for some people, so if you’re hesitant about dark chocolates, this might not be for you.

Also, unlike mint chocolate chip that uses the mint as a base with chocolate to accent, this flavor is the other way around. Chocolate as a base with a mint accent/aftertaste. If you were assuming it was going to be nothing more than a mint chocolate chip, you’d be mistaken, and likely disappointed. It’s probably in the same family, but more like a cousin. It’d be like ordering french fries, and getting curly fries. I like those too, but not 100% what I expected.

How about texture and consistency? Well because of it’s use of dark chocolate, it can become pretty hard while sitting in the freezer. Scooping difficulty level is maybe around 10% as hard as climbing the actual Andes (which is still pretty fucking hard). But once you let it sit for a bit and it loosens up, you are rewarded with that classic Jeni’s creamy consistency that is found in almost all of their flavors.

All in all, because Jeni’s is renown for their solid quality ice creams, it’s definitely worth a shot. But out of all Jeni’s splendid creations, I put this flavor somewhere in the middle. It might be because of the firmness as it freezes or just because their other flavors seem far more original and deserving of $11/pint. But either way, it might be in your best interest to try one of their other flavors first- like the Salted Caramel, or Brambleberry Crisp.

Jeni’s Splendid Ice Creams can be found at all across the country. To find a shop near you, click here.