Legend of the Golden Spoon

The Mjölnir of Ice Cream Tasting 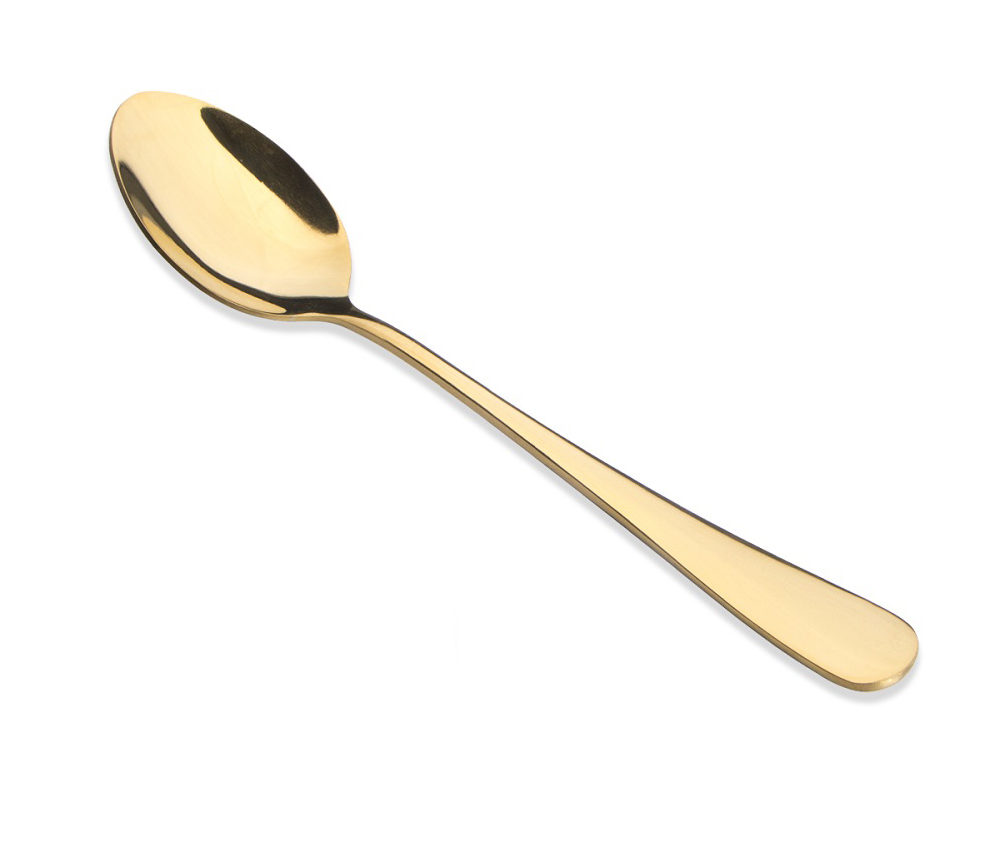 For every titan of industry, there is the weapon of choice. Some are truly useful and go on to legendary status, while others (though notorious), can go on to relative mediocrity and not really affect any outcome. In other words, it’s not about the weapon, but the user wielding it. King Arthur had Excalibur, Michael Jordan had his lucky college shorts, and the current sitting president of the United States has his trusty twitter account.

For ice cream, there is the legend of the golden spoon. The weapon used by great ice cream taste testers, including the tongue behind Dryer’s/Edy’s ice cream, John Harrison.

This brings up the real question: Does any of this make a difference? Or is it just a fancy item given to people in a position of dumb power as a status symbol?

What is the Golden Spoon For?

Obvious answer: it looks damn sexy when you walk up with a golden spoon. It also takes your Instagram game up another level.

(Supposed) Real answer: According to science/scientists (yes, this is how I’ll phrase this), there is an actual reason for using a spoon made of gold. Typical spoons have impurities in them that can affect the aftertaste of the ice cream. Therefore the a spoon made of gold allows for the most pure and neutral taste of the ice cream, without any additive flavors, including metallic, or even plastic, notes into the flavors.

As I noted above, one of the most famous users of the golden spoon is the quality control taste tester of Dreyer’s/Edy’s- John Harrison. There is a short video that has been popularized where he tastes ice cream using his golden spoon, and with his special eating process, is able to distinctly taste all the subtle nuances of the flavor before rendering a verdict (SPOILER: It’s a ten).

Side rant: As he rapid fire smacks his lips to get more air into his palate to better taste the ice cream, I cringe and feel the need to incredulously begin talking to myself: “Who the hell tastes ice cream like this!?! I mean, I wouldn’t consider Dreyer’s/Edy’s gourmet by any sense of the word, but the way this guy tastes it seems like he’s tasting an Amontillado or some legendary wine. You can get a quart of that ice cream for under $5! I don’t think your ritual requires that level of intensity!”

Ok, I understand he’s just doing his job, but I don’t think he should take himself so seriously.

I am calm now. Side rant over.

Also, please note that not all ice cream taste testers use the special spoon.

At the end of the day, I understand that ice cream taste testers have to do the difficult job of understanding and describing something that can seem so mundane to most. Therefore if there is even an iota of flavor that could inhibit your ability to taste the subtle nuances of a flavor (both good or bad), it shouldn’t be covered up the the taste of a non-ice cream material.

Are the Golden Spoons Made with Pure Gold?

Some of you might be asking the question, “Is this spoon 100% gold?”

Short answer is: Often no.

Longer answer: I mean, it is possible to have a spoon made entirely of gold, but for the purposes of tasting most ice creams, it would be counterproductive to do so. Since gold (chemical symbol Au) is a malleable metal, using it for the purposes of clawing out (sometimes near frozen) ice cream, the end result would likely be a bent spoon.

Therefore the most common option is to have a gold plated spoon. As gold plating is a chemically inert alloy, it allows for a harder material that simultaneously doesn’t conduct oxidization or other reactions which could cause the metal to leave an aftertaste in the first place.

Should People Use a Golden Spoon?

As the King, I’ll give the great political answer of: yes and no. But mostly no.

Reasons For Not Using a Golden Spoon

Logically, we have to take a step back and think about this for a second.

For one, you’ll look like an ass carrying around a Golden Spoon. “Oooooo, look at Ritchy Rich over there with his golden spoon and his opulent/flamboyant eating utensils,” small children will gibe. These insults can hurt, and I would be remiss if I didn’t offer ways to people for avoid bullying.

Thirdly, you aren’t tasting the ice cream in its natural setting, and if you’re reviewing the flavor, this could be a problem. People want to know what a flavor tastes like, but to require them to make a purchase in order to taste something and get on your level, then that is your problem, and not a problem of the people. It is important to fully encapsulate everything about an ice cream when giving a review, flaws and all. And if an ice cream from a creamery comes with a plastic spoon, you best believe that’s how I’m going to taste it. And because it’s the way the everyone else does it, I feel it’s the truest representation of what the ice cream tastes like.

All that said, there are a few reasons why it would be ok to purchase a golden spoon of my own.

Reasons For Buying a Gold Spoon

The first is if you are a super taster. There is a possibility that you can taste things that most cannot, and you’ve been living in a vile world of metallic and plastic tasting foods that never cease. In this scenario where you have had to live your life suffering tragically knowing the difference between fois gras and fois gras that has touched a stainless steel spoon, then perhaps it’s permissible that you would need this eating device.

Secondly, it’s not that expensive. If you have money that’s burning a hole in your pocket and you feel it’s absolutely necessary to obtain more material possessions in your life instead of experiences, then I suppose it’s not that big of a deal to buy one.

Thirdly, you have to be a quality control specialist (or at least aspire to be one). If not, going back to the reasons in the sub section above, then you’ll likely look like a jerk. And as the benevolent King of Ice Cream, I want to make sure you don’t look too much like an ass when eating the greatest dessert known to man. Also, much like I stated in other body paragraphs above, the golden spoon can be used to make sure no impurities are tasted in the ice cream. So when trying literal tons of ice cream for multi-million dollar corporations, it can be semi important to make sure there isn’t any normal metal tasting ice cream going out to the public.

In Conclusion…. I (Lowkey) Want A Golden Spoon

It’s kind of totally unnecessary when trying to eat ice cream like a man of the people. That said, I wouldn’t mind a golden spoon. But it’s been pointed out to me that after going on about why people shouldn’t buy one in most instances, it would be moderately hypocritical of me to purchase one for myself.

So I came up with a loophole!

If you think I deserve a golden tasting spoon as a king, I would be most gracious and appreciative if you sent me one! They can be purchased on Amazon for under $10! If you need to know where to send said spoon, message me on my contact page, and we can talk about how best to get the spoon into my hands and mouth.