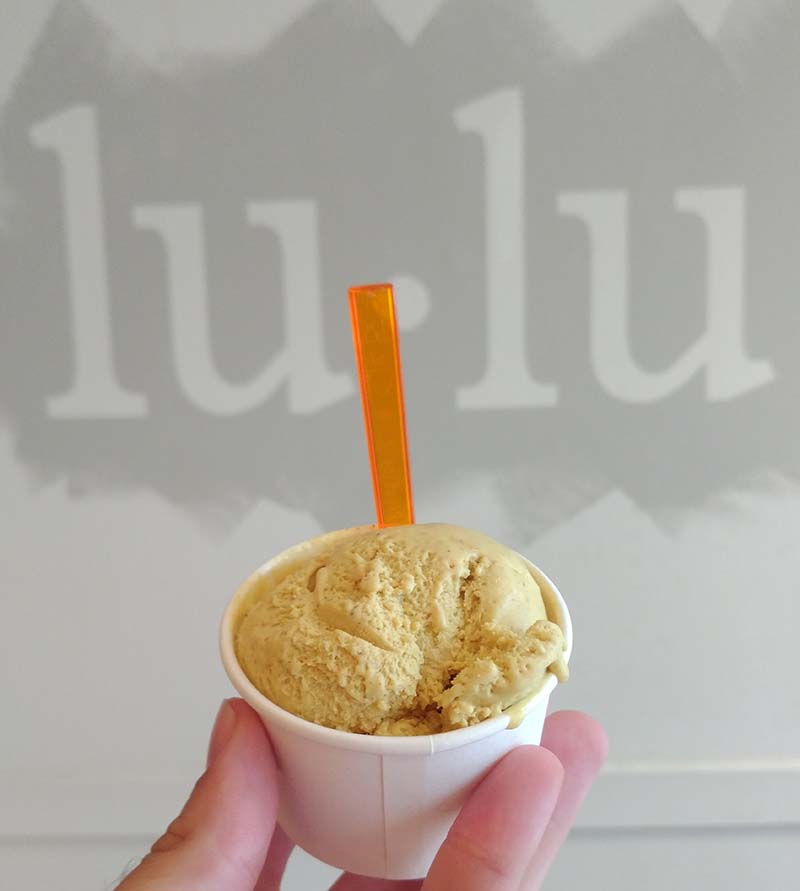 I’ve noted before of some flavors that have made the Top 5 worst ice creams I’ve ever tried. Chocolate Cardamom Sriracha, French Lavendar, Sweet Pea, etc. But there’s another top 5. This is the top five most unusual, yet still delicious ice creams I’ve eaten. This list is probably a lot more fluid in terms of which ones are switched in and out, but so far, I think Slumdog Millionaire has done a fairly good job in cementing their legacy of an unusual and still delicious flavor. To find out why, let’s dig in below.

Named after the award winning film, this ice cream is a flavor that gets down and dirty, but has a heart of gold once you get past the unusual concept. The flavor profile is a peanut butter ice cream base with an Indian curry finish.

Why is it delicious though?

To be completely honest, it’s tough to say. I have had a lot of trouble finding the words to describe this flavor, but at its core, it probably has something to do with the balance of friendship between these two flavors.

Peanut butter is a natually powerful flavor, and is like one of those friends you really like in small doses, but can be a little bit suffocating in large quantities. It can dominate the flavor conversation, and less you want to turn every topic into a peanut butter derivative, you’ll need a team of flavors to combat and contradict it.

You see, spice works different though from sweet or savory in the taste bud party. Spice is that friend that is fashionably late to a party, but once it’s there, everyone knows.  So while peanut butter starts off, doing its own thing, acting like cock of the walk across the tongue, and talking over the entire tasting experience, the curry spice just took a little bit longer than expected to get ready. But then curry spice shows up like the damn Kool Aid man. Curry is knocking down doors, and peanut butter is almost frozen, looking all surprised. It’s taken aback for a second. The spice and seasonings leave an aftertaste in the throat, and linger there, waiting to see how people will react.

Like pressing the play button on movie scene that’s been paused, you decide to take another bite. Suddenly there’s now a blending of the peanut butter and spice together! Peanut butter is a little bit stronger again because it’s the beginnning of the bite, but it’s not like the spice has completely gone away. And on the corollary, the spice isn’t overpowering the peanut butter either. It turns out these two unlikely flavors are certainly friends. And it’s like there’s an actual conversation going on between the two ice creams. The curry is seasoned and will add in the few prickly notes to the peanut butter conversation without becoming overbearing, and the spice doesn’t compound over time. It’s simply there.

To continue this ice cream metaphor even further, the conversation also has a fantastic consistency. For something as heavy and strong as peanut butter and spice, the backdrop setting for this happenstance is surprisingly creamy, and borderline airy. These two flavors are keeping it breezy, and it allows for these tiny plastic utencils to spoon through the conversation with an effortless understanding.

Unusual, captivating, and downright delicious. The conversation between peanut butter nuttiness and curry seasonings and spices is one to behold. I absolutely love the flavor.

Now that said, in the grand scheme of things, it ranks only so-so when considering the price to tast to quantity ratio. If you take a look at the picture, you’ll see that either my fingers look ridiculously big, or that is a small as cup. Unfortunately, it is the latter. I would have like more of this flavor, and the fact that you get what feels like a thimble’s worth of ice cream for $4-5 seems moderately ridiculous.

If you want to try this crazy, but awesome experience in your mouth, go to LuLu Ice Cream at 185 Main St, Vergennes, VT 05491.