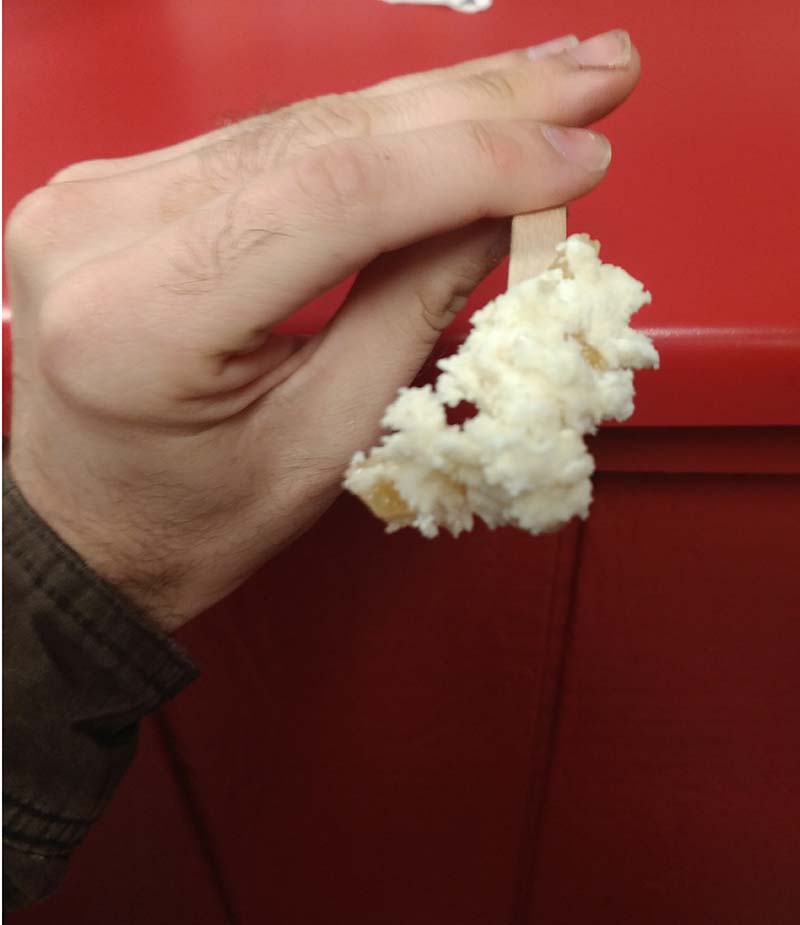 Double dose of reviews from Marianne’s. Say What?!

One thing I forget to include about Marianne’s in the 10-20 review, was the dank size of the samples they dole out. These dudes don’t mess around. And even though I didn’t get a full on scoop, I did try a sample of this flavor 3 times (which is practically a small scoop at certain other establishments. Because of this, I felt it appropriate to describe the flavor of one of their more unusual flavors that still sells well- Ginger.

So what does it taste like, you ask? Well I think the best (and easiest) description I could use would be to say it tasted exactly like Reed’s Ginger candy, but in ice cream form. Now some of you may be thinking, “Well I’ve never had Reed’s Ginger Candy before, and have no idea what that tastes like.” Fear not though, I got another description for you too.

There’s really not much to it, other than it’s like ginger (the herb), but sweeter…

I feel the blank stares of readers through the screen, and they’re giving me looks like they still have no idea what I’m talking about. Well if you’ve never tasted the herb known as ginger, imagine tasting a more intense, slightly spicier, non-effervescent ginger ale.

My friends are telling me that not everyone drinks ginger ale- despite it’s common appearance at nearly all grocery stores’ soda isle. Welp, let me try one more time to break this down. Ginger ale pretty much tastes like Sprite mixed with a small splash of Coca-Cola.

So basically it’s an ice cream version of Sprite, mixed with a splash of Coke, that isn’t fizzy, and has an interesting intensity and spicy element to it. I think that’s the best I can do when describing this flavor.

Now after ALL of that, some of you may be wondering the real question. “Was it good?” Well, yeah, it actually was really good- otherwise I wouldn’t have tried to sample it three times. Also, I should note that during my ice cream journey, this was the third ice cream spot I ate at that day (despite the post date’s time lag). So ginger’s natural ability to help settle stomachs was something I was banking on. Now, could that simply be a placebo effect? Sure. I mean, I am eating more dairy, so I don’t know if the small amount of ginger is enough to counteract the close to 20+ oz of ice cream I ate that day. Still, the calming effect of ginger was just what I thought I needed, and paid dividends to my stomach that night.

Overall, I think it’s because ginger has a naturally unusual spiced taste, which is kind of weird to taste with ice cream, as ice cream is supposed to be a creamy calming substance. So it’s the two opposite ideals that come together to create an interesting ice cream experience that is…. Marianne’s Ginger.

Tell Me What You Think!

I’m always excited to hear what people think of my reviews, especially when I find myself trying to describe an flavor that isn’t quite the norm. Therefore, if you have any opinions about the post or my work in general, however small they are, I want to hear them. Go to my contact page and leave me a message, as I’ll be happy to read it!