From the Speckled Ax 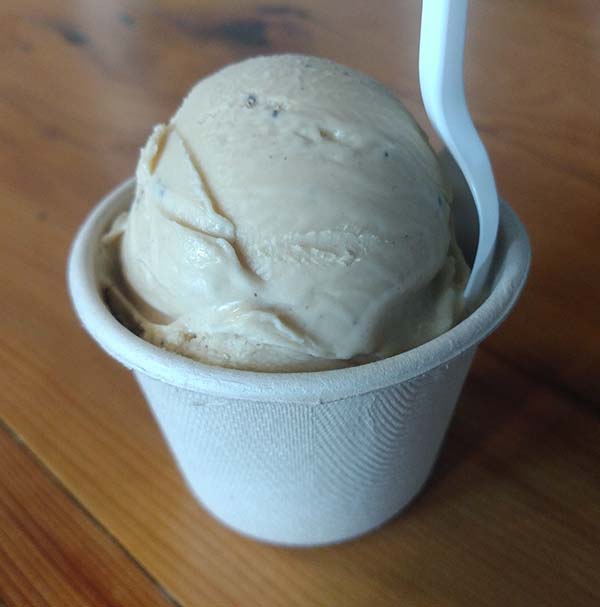 Sweet Cream Co of Biddeford is a fairly new business in Biddeford, Maine, so it hasn’t really had time to make it to the top of many best ice cream lists. But  Sweet Cream Co. crossed my radar when it was recommended to me by a stranger. The reason I felt compelled to check them out was because of the situation in which the stranger recommended it. They were recommended by the scooper of Mt. Desert Island Ice Cream.

That’s right. They were recommended by one of their competitors. Say what? Shouldn’t they be more focused on selling ice cream for their own business than recommending I go elsewhere? That must speak volumes about their quality of ice cream and service, right? So with that intrigue in mind, I decided to make my way to Biddeford and find out.

Upon making my way to Sweet Cream Co. I found a nice young couple working the place. After hearing their story, I found out they were a newly married couple in their mid to late twenties, and they decided to open an ice cream shop together. Freaking adorable, right? So upon their recommendation, I went with one of their signature flavors, the Speckled Ax Coffee flavor.

Speckled Ax is a local roaster of coffee beans that is native to Portland, ME, and it comes with all the fancy titles that one could associate with a coffee roasting company. Single origin, no conflict, vintage italian roasting techniques, the list went on. I was dazzled for a few seconds until I realized I was forgetting the most important part. How did it taste?

Well, it tasted like coffee, and a potent one at that. Maybe it was slightly more subtle than black coffee, but not by much. I freely admit I never consume coffee outside of the ice cream adaptation, so I am completely oblivious to the subtle nuances of the craft. But I can say that it is certainly stronger than the average/standard mocha and coffee ice creams. If you think a grande, iced, vanilla latte with soy milk and a caramel drizzle is real coffee, then this flavor would probably not be for you, and you should probably reevaluate your flavor heuristics when it comes to coffee taste.

In terms of texture, it is the really thick New England ice cream I’ve come to know and respect, but during consumption I noticed something else as well. Small bumps during bites and eventually a crunch and a burst of coffee flavor. I didn’t mind the burst, but crunch?! That shouldn’t happen in an ice cream unless there’s some sort of mix-in inclusion. I brought this to the attention of the scooper, and they noted how that is one of the selling features of this particular flavor. Alongside the coffee flavor mixed into the base, there were also coffee beans mixed in as well. So after my initial surprise, it was actually kind of welcome to get an extra bump of coffee taste. The texture is only off-putting for a second before you get used to it (but be ready to floss afterwards because this stuff WILL get stuck in your teeth).

It was a good coffee. Forgetting all the fluff and barista like descriptors to describe the ice cream, it was a strong black coffee taste. The instensity will be great for coffee afficianados, and likely terrible for the frappe with whipped cream types of people. The downside is the bits of coffee bean can be initially intrusive during consumption.

If you want to find out why this company was good enough to be recommended by a competitor, head to 40 Main St, Biddeford, ME 04005.

Leave a comment below, or send me a message on my contact page, and I’ll happy to add it to my ever-growing list of flavors and places I need to try. Thanks for reading and I hope to hear from you soon!