The Texan Way to Eat This Belgian Breakfast 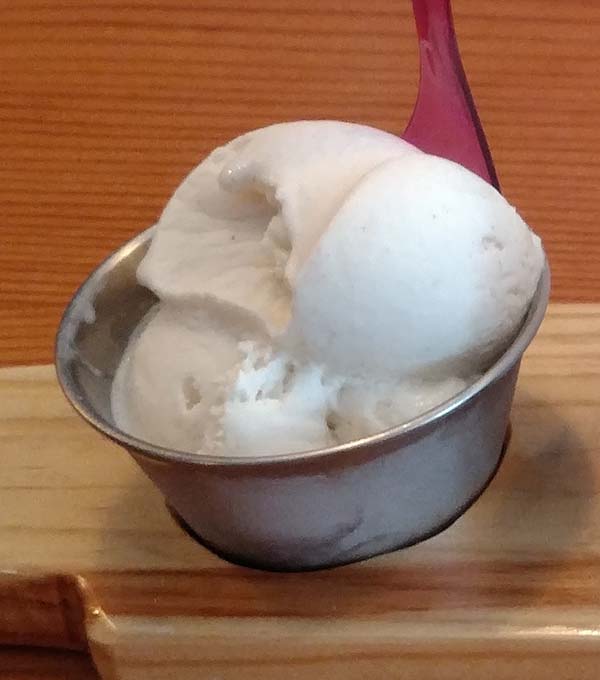 A toast to the french toast, whose post can boast a dose of libatious glucose. In other words: Here, here to French Toast ice cream! You are the second of my five alcoholic ice cream flavor reviews from The House in San Antonio, TX, and are a great flavor to represent your shop.

Breaking down this flavor, we’re looking at Cinnamon Toast Crunch ice cream with Fireball Canadian whiskey. Now I could stop right there, and most people would get the picture.

But you see, it’s so much more that this. To me, delicious cinnamon toast crunch and a frigid Fireball conjure up memories of college. The endless cereal bar at the dorm, bowl after bowl of the sweet cinnamon sugar goodness- combined with a notorious good time drink. Memories begin to clash, and through this memory mixture, a powerful time from college comes to mind.

During senior year at my alma mater, I took a surfing class that started at 7 a.m. in the morning, despite the fact I had never taken a class before 9 a.m. my entire college career. So the fact that I had to get up at the butt crack of dawn to surf in frigid winter/spring ocean water, there was no way I was going to make it through the semester 100% sober. So on particularly cold mornings, me and my surf class carpool buddy would often do a few shots of Fireball in the morning to warm us up before wading out into this freezing torrential tide. We never got hammered (unless you count by the ocean), but a little bit of the liquid warmth was always nice to keep us afloat and in that perfect mental state of mind.

Through the simultaneous cool and heat, this feeling was brought back to me in an instant. The cold creaminess of the ice cream acted as the outside weather, while the fireball whisky gave me the burn to push through and become at peace with the cold.

While I’m sure few people will have the exact same experience as me, I do think times like drinking Fireball on a ski trip, or in a cold winter scenario are still applicable to this ice cream. And because it has the sweet properties of Cinnamon Toast Crunch to make it a genuinely good tasting flavor to eat.

Truthfully, the Fireball taste is subtle, and can be found behind the overwhelming sweet and apparent taste of Cinnamon Toast Crunch. But once you do find it, the memories surge forth with an intensity that is both curiously welcome and mind-numbing (the numbing might just be the alcohol).

Now some of you maybe thinking. “Geez, sipping on the fire’s balls pretty hard there, eh?”

Well, maybe I am. However, nothing is perfect. If I could give one suggestion, it would be to add a little bit of Rumchata in the mix. This would help to bring about greater potency, while not sacrificing any of the creaminess or flavor relating to Cinnamon Toast Crunch. Otherwise, I like the flavor just the way it is.

This flavor was easily the best alcoholic ice cream I had for the day, and considering the potency level, possibly ever. It’s strong, but not overpowering in alcohol taste. Instead, you just get great memories related either to Cinnamon Toast Crunch crusades, or festivities involving Fireball. Either way, this flavor is a good time, and should be enjoyed as such.

If you like that description of this flavor, read some of my other reviews, which can be found on my royal reviews page. Many of them are just as much memory based as they are about the actual taste, and I hope you decide to read them as well.