The Best Kind of Coffee There Is 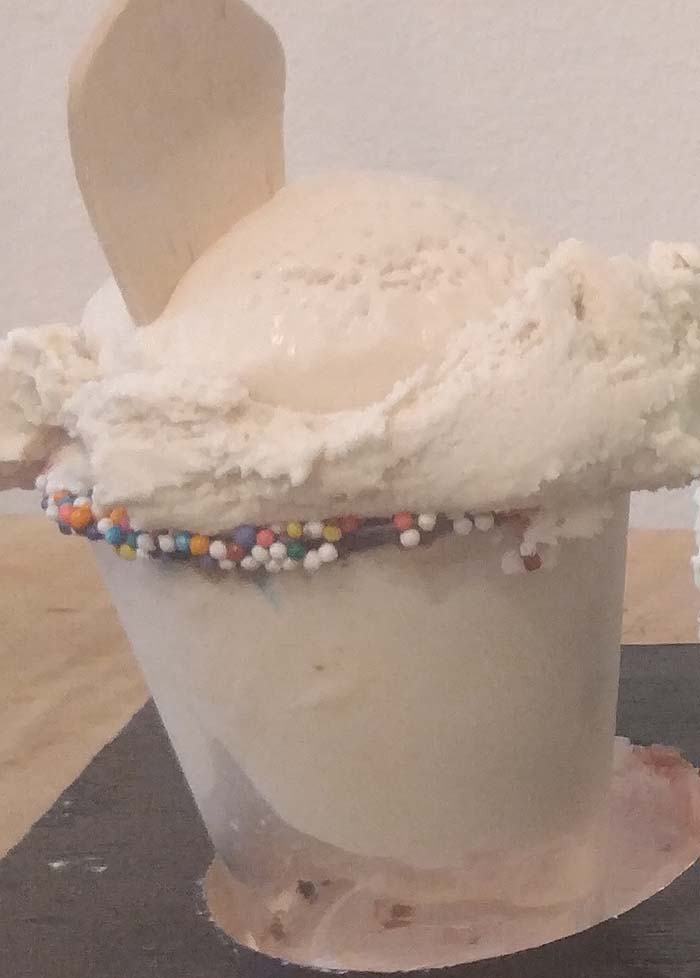 In our last post, we discussed some of the follies of margarita sorbets when there’s already something called the blended margarita. This time, we’re tackling the spiked coffee. Will this one hold up to the test of the buzz? Or will it fall short?

If you’ve ever experimented with caffeine and alcohol at the same time, you know it’s kind of a weirdly wonderful sensation. There’s energy, a small numbing buzzing, and two polar opposites both impacting your body. It’s like a live wire interacting with a pile of cotton balls, and the feeling is unlike any other…

Well this is nothing like that. As I’ve stated numerous times in my other posts on tipsy scoop, there’s barely any alcohol in here; so it’s not like you’ll be feeling much of the alcohol numbing. And on the flip side, the caffeine of the coffee is so weak, you’re more likely to fight off a sugar rush than a jolt from caffeine.

So with all this negativity, I probably hated it right? Not necessarily.

The spiked coffee is… in a corporate sense, fantastic. I wouldn’t say it’s real coffee, but it’s probably closer to a Starbucks frappe with lots of cream and sweetener. And you know what? That’s all right.

I actually like the more subtle take on coffee, as it does make it more approachable to the lay man. It’s goodness lies within the soft approach to coffee. Normally coffee has a very strong and robust type of flavor profile, and it takes a lot to penetrate that wall of bitterness. But with a coffee flavor like the one used at Tipsy Scoop, it’s soft enough that you can taste many of the more subtle nuances that are included in the flavor. Also, it uses far more than a smidge of cream, so alongside the coffee flavor being mellowed out, it’s pretty damn sweet (but not like, you too too sweet, just, you know, that vague level of sweetness valley girls like to put in their iced frappe mocha lattes with 2-6 pumps of syrups). What I’m trying to say is it’s sweet, but also leaves some room for the more subtle nuances.

One of the greatest subtleties is the hazelnut coming from the mixed in Frangelico, a fancy liqueur made from…. Pine nuts! Totally kidding, it’s hazelnuts. This nutty liqueur provides a little bit of depth and layer to the cafe cream base, and even though it’s not an extremely powerful taste, it doesn’t take a super taster to find.

A fun and light spiked coffee, but true baristas and coffee aficionados would find it insulting. It lacks the bitterness and potency to be a true spiked coffee, but for the intents and purposes of providing a delicious sweetened coffee taste with nuanced nuttiness, it gets the job done, and gets it done well.

See the Other Flight Flavors From Tipsy Scoop

This is the third installment of my four part series describing the alcoholic ice cream flavors I tried at Tipsy Scoop. If you want to learn about the other flavors and what they were like, you can find the intro to it all here.